Legend of Mariamman and Mariamma Temples in Kerala 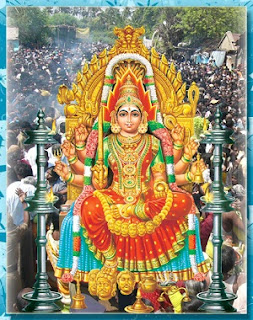 Mariamman or Mariamma is considered a pre-Vedic goddess related to rain. Goddess Mariamma is widely worshiped in Tamil Nadu and some parts of Karnataka and Kerala. According to many, Mariamman is an equivalent to the present day Goddess Parvathy and Goddess Durga. According to some legends, Goddess Mariamman has been worshiped by the Dravidians, and even now in most of the temples dedicated to Mariamman, there are no Satvik rituals being performed.
Goddess Mariamman is being considered the village deity in many remote villages in Tamil Nadu. The word “Mari” means “Rain” in the Tamil of Sangha period and the word “Amma” means mother. Hence the concept is that Goddess Mariamma has been worshiped by villagers, most of which are totally depending on the agricultural economy to survive for better rains. Mariamma is called Muthu Mariamman in some places and the argument is that the droplets of rain resemble Muthu (Pearl) and hence the name came.
There is another belief that she is the incarnation of the North Indian Goddess Kali. Many people believe that Kali went down south where Bhairava followed her as Madhurai Veeran. Major festivals dedicated to Goddess Mariamman will be organized in the summer season. She is being worshiped for better rain and also to prevent diseases like cholera, chickenpox, and smallpox.
There is another legend behind Mariamman being worshiped for preventing diseases such as smallpox and chickenpox. The legend says that she was a housewife during the Sangha Period and got affected by smallpox. She has been thrown out of her house and hence she started visiting houses in the village and to beg for food. During her journey, she used to take a bunch of neems (Margosa) leaves along with her and fanning herself to keep the flies off. Soon she recovered from smallpox and the people started worshiping her for a speedy recovery from diseases such as smallpox and chickenpox. 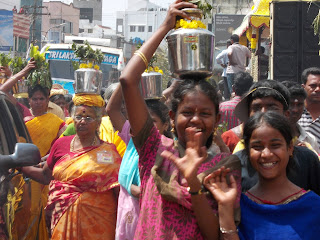 In another legend, she has been depicted as the beautiful Nagavalli, the wife of Saint Piruthu. Once, the Holy Trinity visited her in the disguise of children to see her much-acclaimed beauty and charm. At that time the saint was not there and Nagavalli got irritated with the habits of children. She shouted at them without knowing they are the holy trinity. Annoyed with her behavior, they cursed to her to have scars such as the one created by smallpox on her face.
On his return, the saint saw her with an ugly face he got irritated and drove her away from the house. Before pushing her out, the saint cursed her that she will become a demon in her next life and cause diseases to the humankind with which the similar scars will appear on the faces of the human being as the scars on her face.  Later, the saint consoled her saying that people will worship her in her next generation to escape from diseases. Those who support this version of legend point out that the name Mari means the changed one in Tamil and hence the name Mariamman came.
Neem leaves are of great significance in all the rituals related to Goddess Mariamma. It is believed that the need leaves have the power to wade off many diseases including smallpox and chickenpox. Even today, you will find neem (Margosa) leaves hanging in front of the doors of houses in Tamil Nadu and in many other parts of South India. 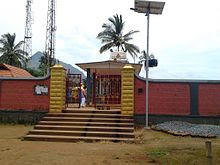